We are in the season of Advent, a season of Waiting and of Hope.

Are we still ready to wait? In times of instant messages and live streaming, it seems like there is no time for waiting.

In August, when Auckland went into lockdown again, I heard someone on the radio saying: “This year is so frustrating – we might as well get our Christmas trees and forget about the year.”
Today, we know that New Zealand has been very lucky with having had only a few weeks of lockdown. People in other parts of the world had to endure so much more and they haven’t even been able to meet with family and friends who live close by.

Yet, we have had to be patient this year. The Prime Minister called us to be patient during the lockdown. When testing stations opened and people had to queue up for hours before it was their turn, they were asked again to be patient.
It has been a year of waiting for a vaccine, of waiting “to get it all behind us”, of having to be patient – and of being asked not to blame people for being infected with the virus.

The people who had met Jesus personally were waiting for his second coming in their lifetime. Isaiah (40:1-11) is a promise of Salvation. The people of God were promised that God would love and care for them as a shepherd does for his sheep: the good shepherd comforts, forgives, feeds, carries the young ones and takes care of the flock. God is faithful and true.
“The Word of our God stands forever”.

God’s voice is the voice of a Prophet. John the Baptist was also considered a Prophet – the second Elijah.
Maybe people of the time were thinking that the waiting for the Messiah was over when they met John the Baptist. However, John promises that someone else would come who would be more important than him. We know that he was referring to Jesus but his message must have been very disappointing for the people who thought that their waiting was over.

The Lord “does not delay his promise”. The notion of time that human beings have can’t be compared to God’s notion of time. One day is 1000 years… The time is irrelevant for God. God can’t be late. We just need to be patient and be prepared.

This reminds me of the famous quote of Peter Jackson in The Lord of the Rings (The Art of the Return of the King) when the Wizard Gandalf said: “A wizard is never late, Frodo Baggins. Nor is he early; he arrives precisely when he means to.” 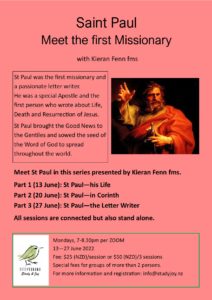